And silly season is officially back!

As you may remember, the Frenchman famously came within a knee ligament of completing a move to Merseyside for £53m last summer, only for the Reds to pull the plug at the eleventh-hour after the club doctors were left unimpressed by his medical results. 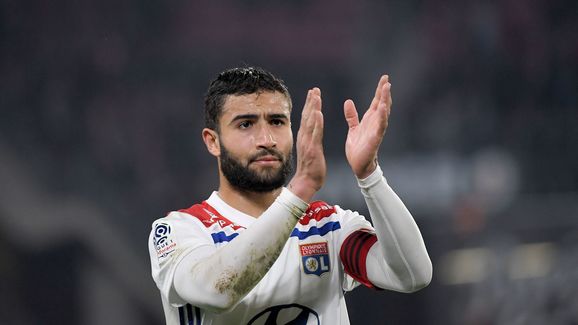 Fekir had even gone as far as to take part in his first photoshoot and interview for ​Liverpool, images from which were later leaked, adding to the bizarre climax of the transfer saga.

Despite all reputable sources flatly insisted that the deal died that day last summer, the tabloid obsession with Fekir to Liverpool has continued to push tenuous links all year.

According to the latest report originating in the French press and picked up in the UK, the Anfield outfit are still keeping an eye out on the playmaker.

Publication ​Le Progres – in an article on Lyon’s summer plans – fleetingly speculate that Fekir is still on Liverpool’s radar, despite not having the same ‘aura’ as before – possibly due to the fact any potential deal is highly unlikely to take place, with the club already boasting Champions League-winning forwards in their ranks and little to no intention of spending big again this summer.

Nevertheless, the name-check in Le Progres has been jumped on by the ​Daily Mail, who claim that Liverpool ‘reignited’ their interest in Fekir. However, they add no additional info beyond Le Progres’ one-line mention, only adding that he’s someone the club are familiar with, which naturally, of course they are. Having withdrawn from the deal last year over a troublesome knee problem, it would require a medical miracle to see that issue fixed – as it was prevalent enough to reject the deal despite the vast majority of the formalities already having been concluded.

Granted, the player himself – who is ​allowed to leave Lyon this summer according to club president Jean-Michael Aulas – will command a lesser fee this time around after