The much anticipated 7th album by Gospel music minister Chris Shalom titled “I Delight.” is finally out today the 27th of January, 2022.

It’s been close to 4 years since the release of Chris Shalom’s last album release titled “My Beautifier.” We have seen several other releases during the interval, including the worship series with his group WordBreed. The series gave spiritual relief, especially during the lockdown as the gospel of peace was saturated all across the globe at a time of distress.

Other solo releases during the period in view include “Jesus,” “The Name of Jesus,” “Asante Yesu,” and “Bigger” featuring Hezekiah Oduola.

Chris Shalom offers new, exciting and inspiring tracks as none of the previous releases made it to the album tracklist. The album has 10 tracks in all. It features collaborative works with Gospel music minister Ayo Vincent, Tanzania’s Joel Lwaga and Kenya’s Guardian Angel. It is not a wonder that Chris Shalom extended the collaboration on the album to east Africa since he has a very wide fanbase from the region.

Tracks on the “I Delight” album include the title track, “Infinite Love,” “Truth and Life,” “Manifest” and more. See tracklist below. 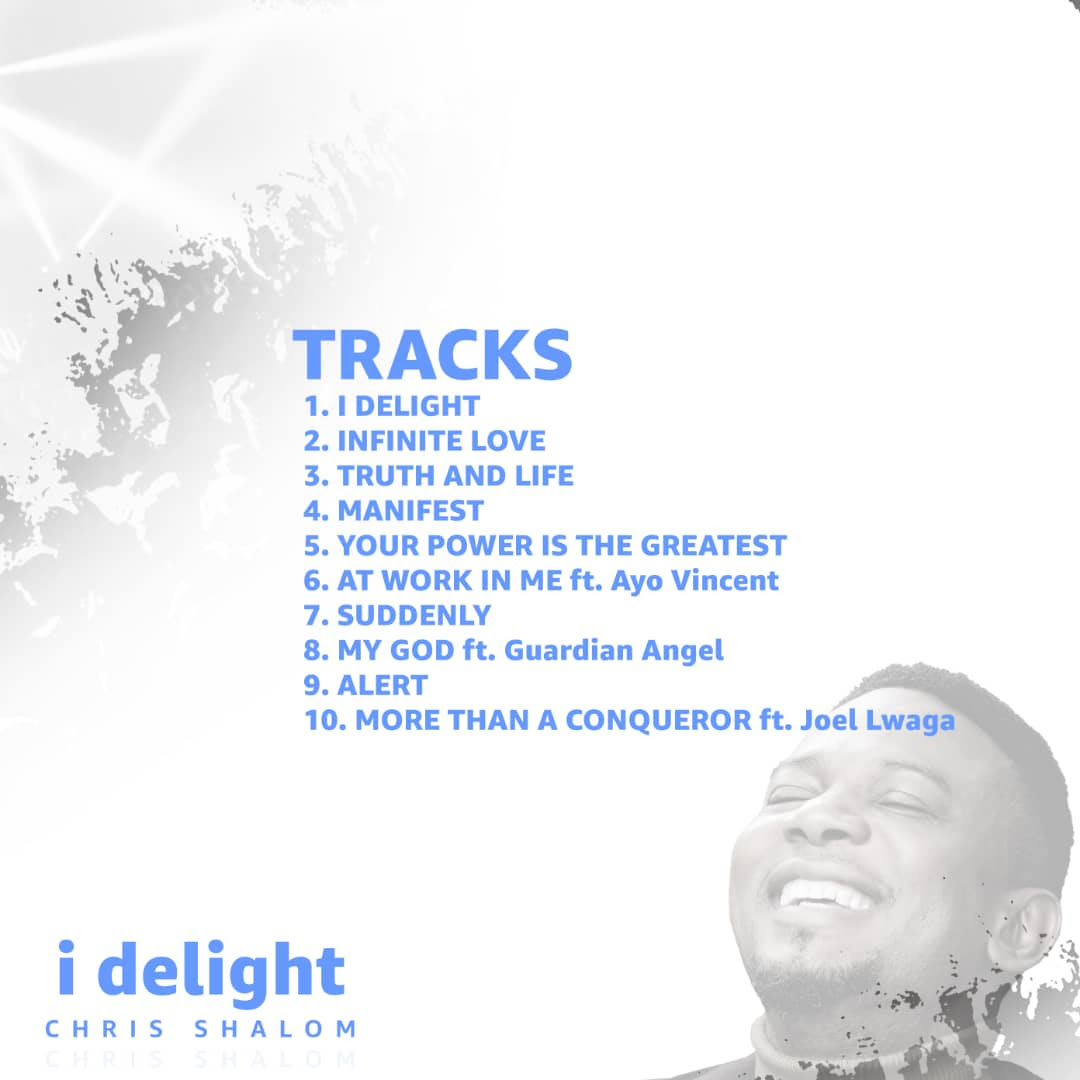 Chris Shalom had released a track off the album on the 23rd of January, 2022 titled “Suddenly.” This was done to whet the appetite of the waiting audience.

According to Chris Shalom, the album was prayerfully and carefully put together for the edification, upliftment and entertainment of every listener all across the globe. If you have ever listened to any of Chris Shalom’s work, then you already know that it is nothing short of anointed, amazing, inspiring and impactful.

The album is now available exclusively on the boomplay platform. Get the album below: